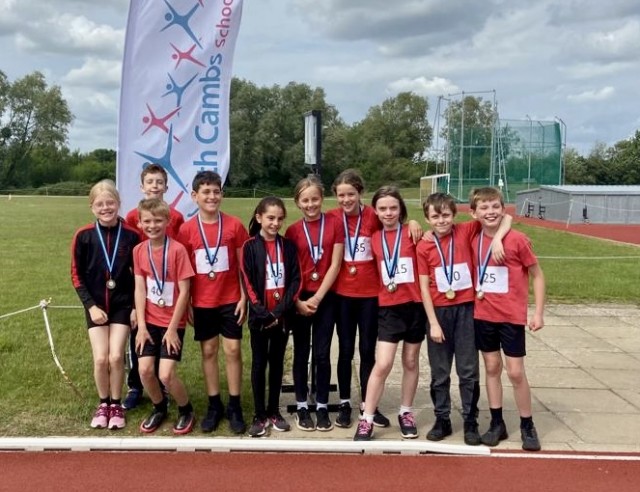 Twenty-eight South Cambs primary schools competed in either the ‘Small Schools’ or ‘Big Schools’ competition which were both held on the same day. 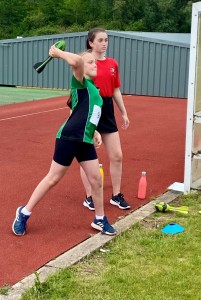 Quadkids is a team-based competition with 5 boys and 5 girls each competing in a 75m sprint, a 600m run, a long jump and vortex howler throw. Individual performances are scored using a points table and the winners are the team with the highest cumulative points score so it is important that every athlete puts in their very best performance in each event.

The winners of the ‘Big Schools’ competition were Histon and Impington Brook Primary School who retained the trophy they won when the event was last held back in 2019. Runners up were the University of Cambridge Primary with Linton Heights a very close 3rd. 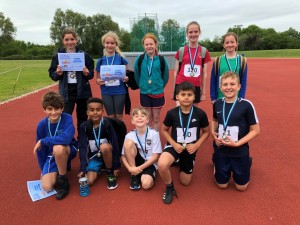 It was a similar story in the ‘Small Schools’ competition with the team from Harston and Newton also retaining the trophy they won the last time the event was held. Great Abington were runners up with Castle Camps 3rd. 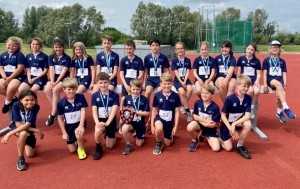 There were also some great individual performances on the day with a mere 4 points separating the top 3 placed girls in the ‘big schools’ event and only 7 points separating the top 3 boys.  Reid from Pendragon was the top boy across all 4 events whilst Lila from Histon Brook was top placed girl and finished in an impressive 10th position overall with a fantastic time in the 600m run and 75m sprint.

The top individuals in the ‘Small Schools’ competition were, for the girls, Lily from Castle Camps who was the clear top scorer across all four events. Whilst the top 3 points scorers for the boys all came from Harston & Newton but Will outperformed his team mates to take 1st place.

The event was supported by members of the Partnerships successful Leadership Academy programme with a team of leaders from both Swavesey and Cambourne Village Colleges helping at both competitions and demonstrating responsibility, care and initiative beyond their years in leading the events, scoring and acting as team managers.

“It was great to be back holding this event again it has always been a really popular competition with schools and the children love competing at the track and getting to use such amazing facilities. We had a good turn out of parents as well which adds a bit of atmosphere for the running events and spurs the children on.

There were some excellent performances on the day so congratulations to all our winners and well done to everyone who took part.

As always, we have to thank the sports leaders who organised and scored the events for us, they did a great job and we couldn’t have run the event without them.” 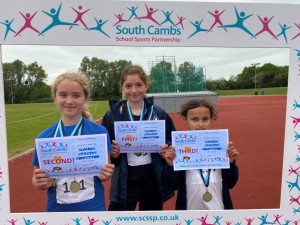 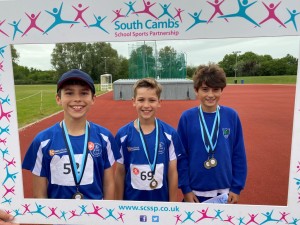 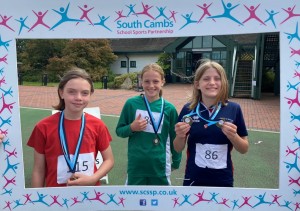