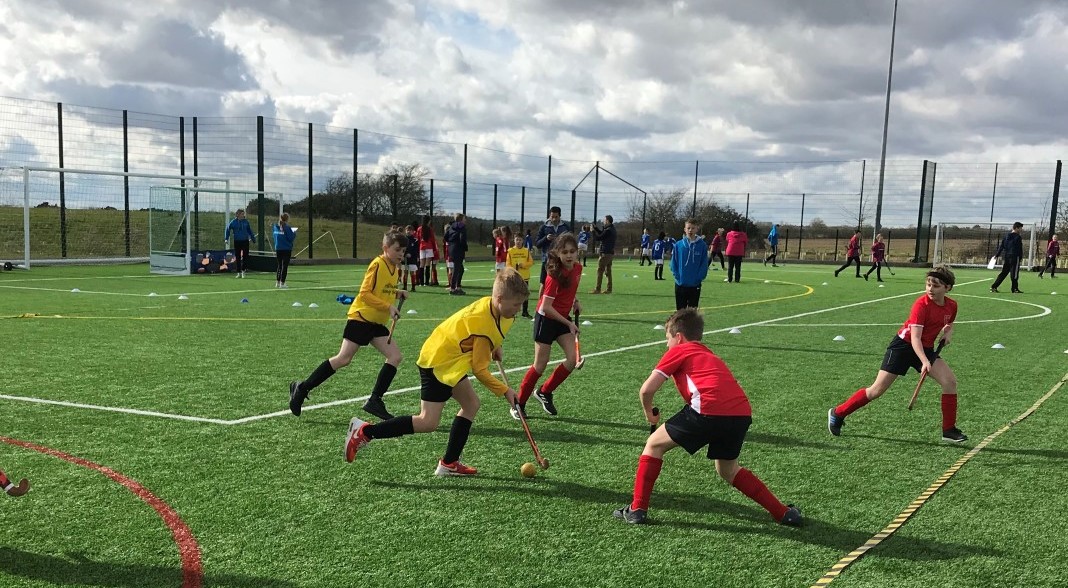 Teams from thirteen schools took to the pitches at Cambourne Village College earlier this week for the partnerships third and final Quicksticks hockey competition of the year.

There were lots of fast paced matches on the day, all played in a competitive but friendly manner and umpired superbly by sports leaders from Cambourne Village College. At the end of all of the matches the winning schools were Bourn and Willingham in the ‘Cup’ competition with the later finishing with 5 wins from 5 games. 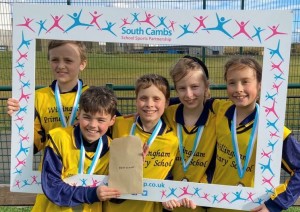 In the ‘plate’ competition meanwhile it was the same two schools that dominated and in fact replicated their A team’s performances with Bourn B finishing unbeaten and Willingham B wining 5 out of 5!

There was also recognition on the day for the team who had taken part in the ‘Spirit of the Games’ and really demonstrated good teamwork and honesty in their performances. There were lots of nominations for this award which was great to see but the winners were Monkfield Park A team.

Bourn A and Willingham A now qualify for the South Cambs finals on Monday 4th May where they will take on the winners from the two competitions played last week at Comberton VC. At stake is the opportunity to qualify to represent South Cambs SSP at the Cambridgeshire & Peterborough School Games Summer Festival where they will take on the winning schools from Cambridge, East Cambs & Fenland, Huntingdonshire and Peterborough.