Over 60 children with additional needs, which could be physical, learning, sensory, or a combination of these took part in the event which was hosted at Impington Village College. A group of sports leaders from Impington helped to run the activities and score the matches with students from Cottenham Village College taking on the role of team leaders, supporting and encouraging the younger children as they took part.

The morning was full of activity and excitement with children competing in pairs as they rotated all around four different sports: Polybat, Boccia, Table Cricket and New Age Kurling. For many of the children this was their first experience of representing their school and taking part in competitive sport so the event was very much about the children having an enjoyable experience and trying out some new sports, with an element of competition added in. 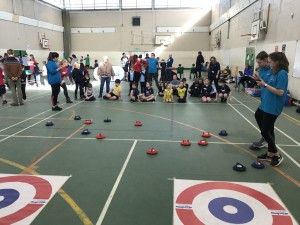 Children played matches and scored points on each activity and these were added together to give each pair a total and determine the winners.

After all of the activities had taken place the finishing positions were announced, and they were extremely close but the four top placed pairs on the day were as follows:

These four pairs will now join together to represent South Cambs SSP and compete as a team at the Cambridgeshire & Peterborough School Games Summer Festival on Thursday 25th June, we wish them the best of luck!

There weren’t just winners of the sporting competition but also ‘Spirit of the Games’ award winners with children being challenged to demonstrate determination and self-belief as they took part.

Sports leaders and school staff could nominate children for one of these special awards and there were lots of winners with children nominated for showing bravery in overcoming their nerves and taking part in a school team for the first time, just giving it a go and not worrying if things went wrong and giving 100% effort in the activities as they tried to achieve their personal best. Winners of a Sprit of the Games award were: 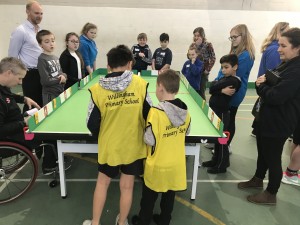 “It was great to see so many youngsters taking part in this event, we had a record number of schools taking part this year with four of them taking part for the first time. It’s important we provide opportunities for all young people to take part in physical activity and sport so that they can experience the enjoyment and wider benefits it can bring, and this event certainly helped to do that.

Its nice to celebrate the winners and they did really well but the most rewarding thing for me is seeing the wider benefits events like this bring to these children and the impact it can have on their self-belief and confidence as they take part in new activities, develop their social skills and build their  resilience as they learn to deal with things that don’t always go right. For me it is the children that won Spirit of the Games awards that are the real winners.” 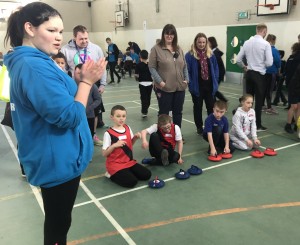