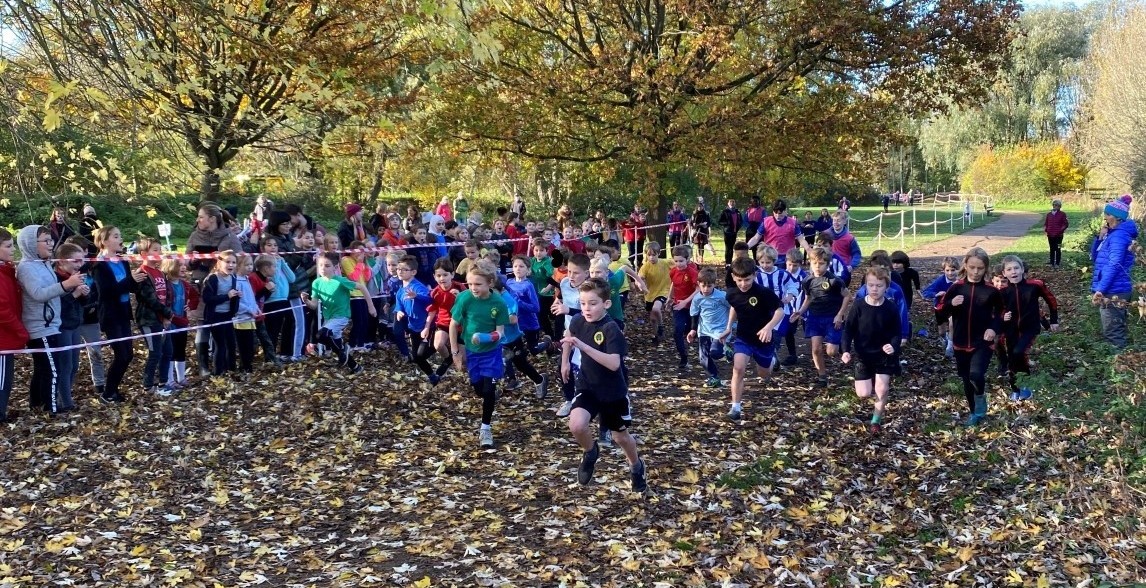 It was a beautiful autumnal day for the return of the South Cambs School Sport Partnership Small School Cross Country competition at Milton Country Park on 17th November.

Just under 400 children from 11 primary schools across the district enjoyed the event which was taking place again after a two-year break due to the pandemic.

The children who took part were competing for individual honours and team pride as they raced the 1-mile course at Milton Country Park and they were cheered on by their team mates as they came back through the start area to complete their second lap. 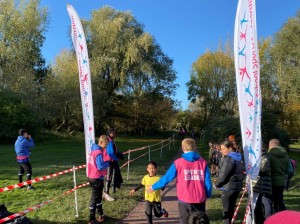 “It was so lovely to see so many children enjoying themselves and having fun together. There was lots of determination on display as the children took on the 1mile course and it was great to see them all supporting each other and cheering on their teammates. We have missed putting on events like this, they are really good fun but also so important for children’s physical and mental health. It was lovely to see their smiles back on the children’s faces”

There were 8 races on the day with a separate boys and girls race for years 3, 4, 5 & 6 with the first three finishers in each race receiving a medal and certificate. In the team competition it was the top three placed runners from each school that scored for their team with a separate Year 3 & 4 and Year 5 & 6 team competition.

The individual results were as follows with Harvey from Thriplow and Sophie from Harston & Newton successfully defending their first-place finishes from 2019. 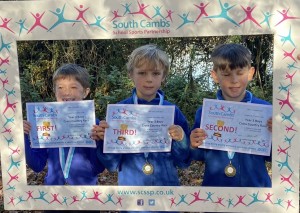 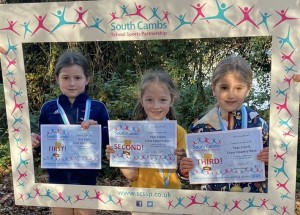 With 5 top 3 places in the four Year 5/6 races it was the Team from Harston & Newton who took the team title followed by Bourn Primary Academy who finished in second place. It was a similar story in the Year 3/4 team competition with Harston & Newton again coming out on top thanks to a lot of top 10 finishes. Girton Glebe finished an extremely close 2nd thanks to 1st places finishes in all 4 races!

The overall team results were as follows (only schools that had entered a team for all four races could qualify for the team competition):

Children from Castle Camps, Barton, Elsworth & Guilden Morden also took part in the event but these schools did not have enough runners to qualify for the team competitions. Unfortunately, the rise in COVID cases in some schools meant the last-minute withdrawal of a few schools including the defending team champions from Burrough Green and Haslingfield Schools. 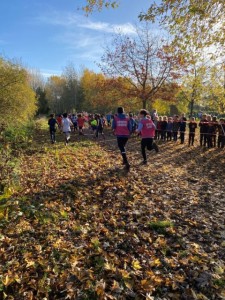