It was an action-packed day of hockey as the South Cambs School Sports Partnership welcomed 48 teams to their annual Year 5/6 Quicksticks Hockey competition at Comberton Village College. As in previous years the event was split into a morning and afternoon competition. 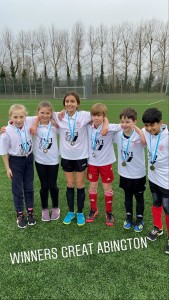 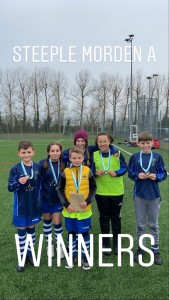 There were plenty of competitive matches and close scoring games in the ‘Cup’ competition as the Year 5 & 6 children gave it their best effort to do well for their school team. At the end of all the matches which were umpired superbly by the sports leaders from Comberton Village College the winning schools were Pendragon, Bassingbourn, Linton Heights, Steeple Morden & Great Abington with the latter three teams winning all 5 of their matches on the day and scoring an impressive 36 goals between them.

These teams now qualify for the South Cambs finals where they will take on the winners of the third Quicksticks hockey competition of the year which is due to be held at Cambourne Village College on Weds 11th March. At stake is the opportunity to qualify to represent South Cambs SSP at the Cambridgeshire & Peterborough School Games Summer Festival where they will take on the winning schools from Cambridge, East Cambs & Fenland, Huntingdonshire and Peterborough.

In the ‘plate’ competitions meanwhile, it was Pendragon B and Bassingbourn B that came out on top in the morning event and were delighted to receive their winner’s medals. In the afternoon event Histon & Impington Juniors B defended their title from last year with the other winners coming from the University of Cambridge Primary school and Steeple Morden.

There was also recognition on the day for those teams who had taken part in the ‘Spirit of the Games’ and really demonstrated good teamwork and honesty in their performances. There were lots of nominations for these awards which was great to see but the award winners were Swavesey C team and Burrough Green B team who were nominated for being supportive of their team mates and the umpires, showing great teamwork and fair plat towards other teams. 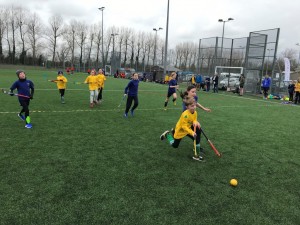 “It was great to see so many children playing and enjoying the game of hockey in a fun and relaxed environment. There were some competitive matches with lots of end to end action and plenty of goals.

It was also nice to see a few schools taking part in this event for the first time this year and some different schools winning.

Hockey is continuing to grow in popularity in local schools with another 11 schools and 24 teams set to take part in the third competition we are holding next week which will mean we have had 72 teams from 33 schools take part in this year’s competition! This is incredible to think of from when we first started this competition 7 years ago with just 15 schools entering.

Junior hockey continues to grow out in the local clubs as well so I really hope some of the children that took part in todays event go back home and ask their parents to take them along to a training session to give hockey a go. More info on the junior clubs in the area can be found on our website.” 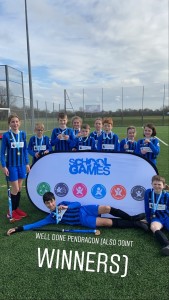