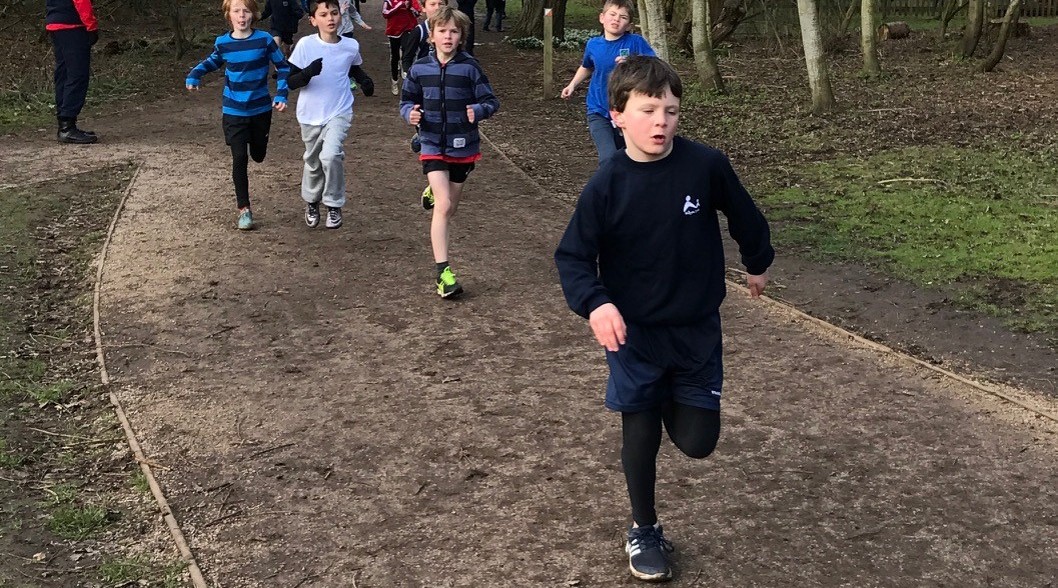 Posted by Julie Pashley
News
Comments are off for this post

Thankfully the weather held out for the first ever School Sports Partnerships Cross Country County Finals competition held at Milton Country Park on 2nd March 2017. The ground was muddy and the wind was blowing but all 260 children that took part gave it their all.

The event was two competitions, one for runners from years 5 & 6 and the other for pupils in years 3 & 4. With separate races for boys and girls a total of eight races were run over the 1600m, one and a half lap course.

The atmosphere was buzzing as all of the runners were cheered on at the start and finish of the course by fellow pupils, staff and parents that had come to spectate! Each race was hotly contested with runners keen to achieve their personal best and do their bit for the school team in pursuit of either the Year 3/4 or Year 5/6 Team Trophy.

The top three placed runners in each school team scored for their team but individuals could also enter to compete for one of the top three medal winning positions in each race.

In the Year 5/6 team competition Linton Heights continued their success at winning by coming 1st place in the year 5/6 competition, followed closely by Histon and Impington Junior School and in 3rd place was St Matthews. Only 30 points separated 1st and 3rd place teams.

The individual results for runners in year 5 & 6 were as follows:

In the Year 3/4 team competition, where again the top 3 placed finishers for each school counted, the runners from Swavesey Primary, St Matthews Primary and Histon and Impington Junior School dominated these races getting the top positions  but it was Swavesey Primary School who came out as clear winners. St Matthews came 2nd and Histon and Impington Juniors came 3rd.

The individual results for runners in year 3 & 4 were as follows:

The overall team results were as follows (only schools that had entered a team for all four races in Year could qualify for the overall team competition):

Thanks must go to Milton Country Park for allowing us to hold the event at their wonderful venue. We must also thank the uniformed services group from Cambridge Regional College who marshaled the event so well and made sure all the children got round the course safely.

About the author: Julie Pashley